Lankapodi Yatra is centuries old. From available records, it is believed that this Yatra started from 1802 AD. Sources from Daspalla Hostory by Nilamani Bisoi (1834) state that Raghunath Jew was set up by King Trilochan Bhanj (1753-1775). 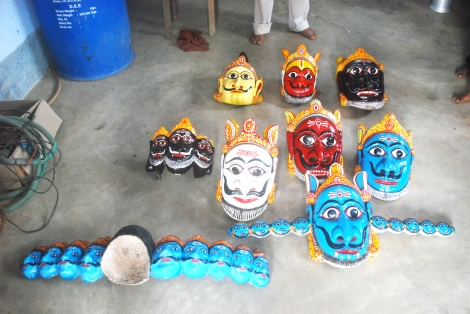 Later following a dream sign, God Mahaveer was brought from a stone cave of a nearby hill named Baradayini. Since then Ramayan was read/recited in his honour. But King Gour Chandra Bhanj (1795-1805) gave a new shape to it and started Leelabhinaya (Ram Leela dramatization). But it is Raja Krushna Chandra Bhanj (1805-1845) who gave a new look to the Yatra. The spread of Leela over a length of around 2 Kms, using wooden masks, dancing with lyrics written by Bikram Narendra was practised. 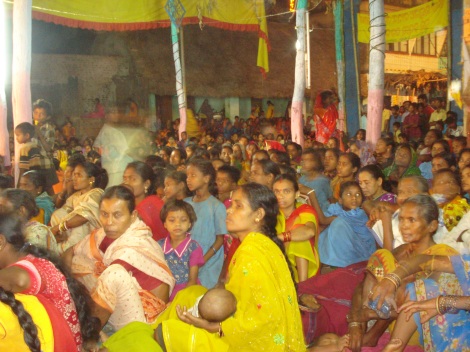